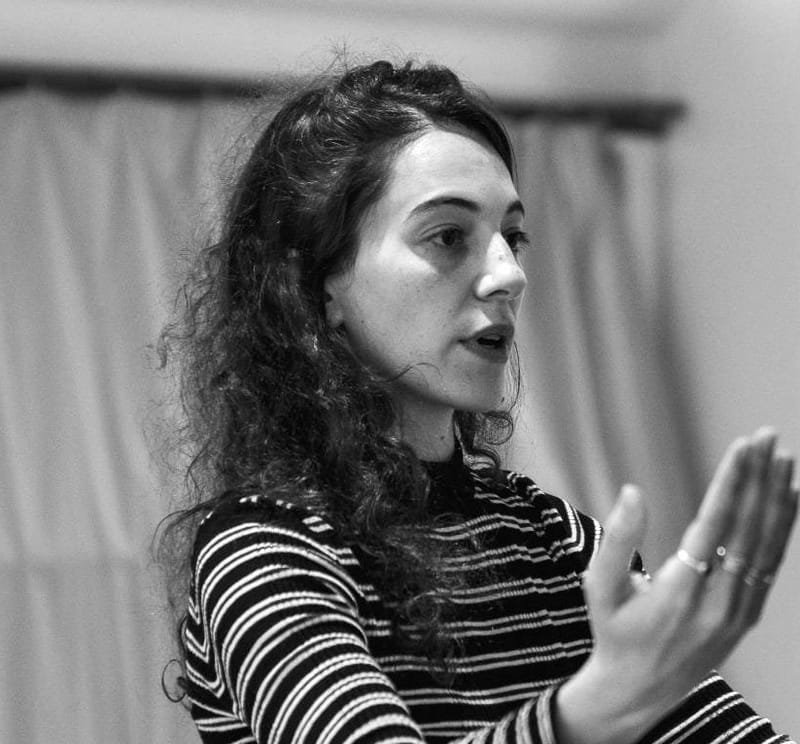 She began her studies in the field of dance in Netanya with Classical ballet and the ‘Maslool’ dance program of Bikurey Ha’itim in TLV.

Graduated in graphic design at the Avni Institute and a the MOMA museum for arts.

Tamar is a collaborator partner in the works of Eyal Dadon since 2014 when they created together the duet "Pishpesh" which won the first place in the international choreography competition in Hanover, Germany. Continued in cooperation with Dadon and the House of Dance association to establish the dance company "SOL" in 2016, artistically accompanying the company from the beginning of its way and for the design of the works, composition, content and vision of the company.

Barlev has worked and created for many places in the world such as: Gartnerplatz company in Munich, Atreballetto Italy, the Czech National Ballet in Prague,"Thalia" theater in Hamburg, Germany, the "BJ9CDT" Company in Beijing and more.

Today, in addition to her work in SOL as a Director and Designer, Tamar is also the Rehearsal Director & manager of “Inbal” Dance Company in Suzan Dellal, Tel Aviv, since 2020.