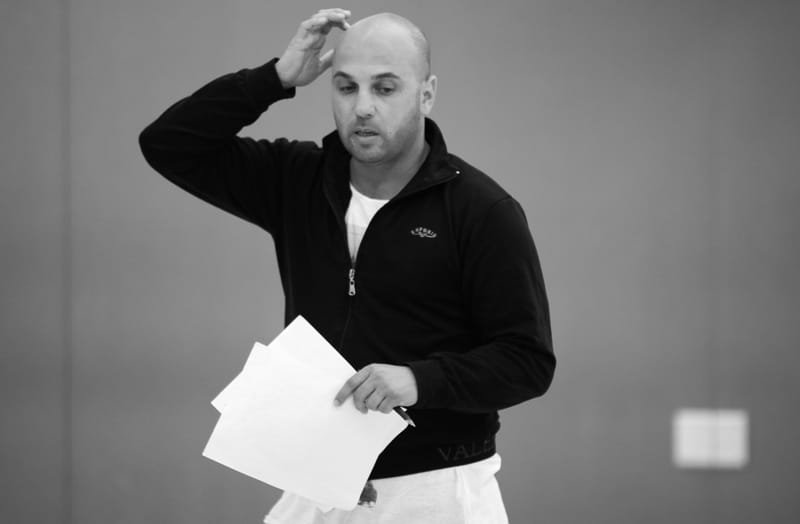 Dedi Alufer graduated from Beer Sheva Comprehensive High School, served in the Golani Commando Unit and was in the command building team of the Egoz Commando unit. Immediately after his military service, he embarked on his road in the world of dance.

In the years of 1995-1997, he studied in the Israeli Opera's school of dance, being educated by leading dance teachers in Israel.

Between the years of 1997-1998, he was a lead dancer in the Israeli Karmon Dance Company.

In 1995, Dedi founded "Dorot Dance Company", and has served as the Artistic Director for 21 years. In the same year, he founded DSP Entrepreneurship & Production Ltd. Established for the purpose of providing professional and administrative services for the organizations and program he currently leads, which are:

The Excellence in Dance Project in elementary schools.

The Pola Dance Ensemble – a semi-professional group of students from southern universities and colleges.

In 1999, Dedi began producing musicals in Beer Sheva, and has been a professional manager of musicals since, working alongside some of the best directors and showbiz.

In 2007, Dedi founded the Muza Entrepreneurship & Production Company, a key player in the process of turning Beer Sheva into a metropolis of culture.

Between 2013 and 2014, Dedi founded "Picket" ticketing company, bringing mega projects, such as the "Madagascar Circus", "The Festigal", several rock concerts, the "Motek" Festival and Shlomo Artzi to the Seashell Pais Hall, the Live Forum and the Beer Sheva Amphi-Park.

The House of dance

2001 – The vision of a house of dance in the old city of Beer Sheva is born and begins to take shape.

2016 – Beer Sheva Municipality gives its consent to the building of The House of Alternative Dance in the old city of Beer Sheva.

Future Projects of the House Of Dance: